The film projects a series of scenes which show several different natural landscapes and forms. The reality suggested by these images seems to be familiar and yet conveys a sense of banality. The transition of these scenes creates a fracture in our recognition of an image or landscape and the technical composition that creates that image. Its effect is to zoom into only one pixel of one image and merge with its proximate colour pixel in another image and zoom out, showing the whole of the latter image as the next scene.

The transition bring a type of uncanniness into the identification of objects. Also the film reveals the technological matrix of digital image, and suggests the topological state of identity in digital image making.

A collection of still images of the video 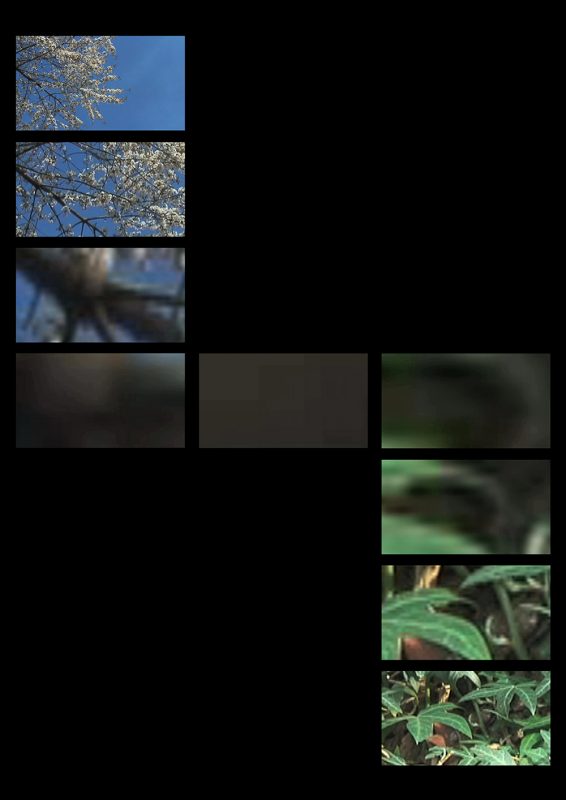